If you dont like racial/ offensive jokes, the dont read em.


-What do you call a Muslim flying a plane?
A terrorist

- Why are black people good at basketball?
Because it involves stealing, shooting, and running.

-An American Indian, A Muslim and a cowboy were traveling in the same train car.
The American Indian sadly announces, “Once we were many, now we are few”.
The Muslim arrogantly brags, “Once we were few, now we are many”.
The relaxed cowboy, boots kicked on the table, trying to nap, lifts his hat, spits his tobacco on the floor, looks at the Muslim and says, “We haven’t played cowboys and Muslim yet”.

-Steve Irwin should've known better than to go swimming without sunscreen on. It would have protected him from harmful rays.

-For how long may you look at a muslim with one eye closed?
Until the magasine is empty

-if a mexican, a paki and a turk are all in the back of a car whos driving?
the police

Ryan wrote:So if a woman has crabs and she has a baby, does that mean the baby has lice?

im going to stay out of this for the sake of the dignity of every culture in the world...

-whats green and yellow and mows my lawn?
hes my nigger, i'll paint him any color i damn well want too!

-what do you get when you cross a blackman with an octupus?
he aint pretty but he sure can pick that cotton!

i want to make fun of all the crackers....

What do u call a bunch of white people in a bowl?
Crackers. (lol)

What do you call a mob of white people in Detroit burning down the city?
A hockey victory.

What do you call a white guy on “Jeopardy?”
A contestant.

What do you call a bunch of white guys running down a hill?
Avalanch

What do you call a bunch of black buys running down a hill?
Mudslide

What do you call a bunch of Mexicans running down a hill?
A jailbreak

lol those are so mean, but funny

I don't do those kind of jokes

whats the differnce between a jew and a pizza?
pizzas dont screram when you put them in the oven

what do you call 500 dead mexicans in a field?
a good start

hahaha tay! ok i said the black taco joke in my animal science class and mr davidson got mad at me! hahahahahaha it was hilarious! 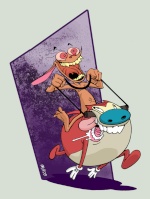 whats the differnce between a jew and a pizza?
pizzas dont screram when you put them in the oven

what do you call 500 dead mexicans in a field?
a good start

IDK, I just don't like those kinds of jokes, but I can't deny they are funny

best way to get a nigger out of a tree?
cut the rope

what do you call a bunch of dirty black guys standing in a shed?
antique farm equipment

black dudes are like christmas lights.... half of em dont work, and they look best hangin from a tree

I concur, but I rofld

aww c'mon who cares, its a joke

i agree with that...

I don't care, I know that's what kind of jokes people tell now-a-days...

yall need to lighten up a bit

I got a good one from SNL.

"What's the difference between you and a mallard with a cold?

...wow
Im not sure if this ones been said yet but
"Whats the difference between a black man and a prak bench?"


"The park bench can support a family" 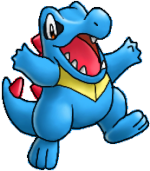 I just kinda thought of this one literally right now...
What's the difference between a Mexican and a fish?

What to you call a bunch of white guys sitting on a bench?
the NBA