Talk about your pets HERE!!! :D

What kind of pet(s) do you own?

I had a pet shrimp, but he didn't live long, made great sashimi though.

Well, I don't know how much longer Chubby has... We got a call from the vet on Sunday saying that the thing on his gum is a tumor sticking out from the inside of his nose/nasal area. She said it might be cancerous, there isn't really anything they can do, and that they're very sorry... We can see the tumor sticking out of his gums, but thankfully, it isn't bulging yet to where it's noticeable. He's still having trouble breathing though his nose, seeing as how the tumor is blocking the mucus from flowing out that way. Right now, he still is acting like his old self, but I don't know how much longer that will last.
But, my mom went immediately web surfing for "dog tumors" and this medication came up. It's called NuVet, and it's kind of like a supervitamin. According to the review on it, it CAN shrink, or even destroy a tumor. My mom immediataly ordered it for rush delivery. It should be here tomorrow, and I'm hoping it will help shrink the tumor, if not completely get rid of it. It's the only chance we have to save him, and I don't want to lose him...

So Chubby is middle-aged then?

Yeah, he'll be 8 on Sunday. He's still so energetic. But I don't want to push him too hard to the point where he can't catch his breath... he has a tough time breathing when he gets excited.

Its been awhile hows your dog? i hope he does fine i miss my dog 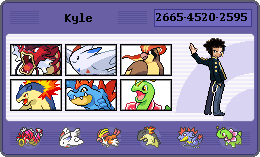 Oh, I'm sorry, I didn't see your response... As strange as it is, Chubby is still acting like his old self. He gets nosebleeds quite often now, pretty much every day because he gets WAY too excited when we come home, and he starts sneezing up a storm. When he finally lets out the huge sneeze at the end, it usually bleeds. Since yesterday, I've been going CRAZY looking up stuff on the internet about dog nosebleeds. Everywhere I look, I always see tumors in the results... but I also learned that nosebleeds can be caused by the tooth root abscesses, which also show up. Chubby had to have his big fang tooth pulled because of an abscess on his gums. I've had a gut feeling ever since the vet told us she thinks it's a tumor that it isn't one. There is a possibility that the abscess has been causing his problems all along. The problem with this theory is the anti-biotics that are supposed to kill the infection don't help that much... But at the same time, there is a BIG problem with the tumor theory. I've read other peoples' stories about their dogs actually being diagnosed with nasal tumors, saying that their dogs are very tired all the time, have trouble sleeping, and have trouble eating. Chubby is the EXACT opposite of all 3 of those things. So, I went on JustAnswers and asked an expert vet what he thinks might be going on. He thinks its a tumor, but I looked at another person's question that was similar to mine and at her response from a different expert. She thinks it might be an abscess. We just don't know for sure. All we know is there is something wrong with Chubby, but it doesn't seem to be affecting him at all. I'm glad he's still his old self, but he needs to learn to calm down faster because it only influences the bleeding. Yesterday was the longest one we've had in a while, lasting about 3 minutes, but that doesn't compete with the first 2 that lasted about 10 mintues each.
_________________
Yoshi's Mansion Demo v 0.1 box.net ebduc1i1ji
Yoshi's Mansion Demo v 0.2 box.net yoz4208a72
Yoshi's Mansion Demo v 0.3 box.net xb9vxu777i
Yoshi's Mansion Demo v 0.4 box.net 6fsa0lm897

Im not a real veterinarian, but i slept at a Holiday Inn last night....
Oh, and i forgot to update about my dog. He has a collar now

the guffman wrote:Well it's not like we can really help you out with it... none of us are really experienced vets here...

Chubby went to the vet yesterday. We were so nervous cuz we thought he'd have a nosebleed... he didn't, and the vet... is shocked....... that he is still alive and doing so well besides the nosebleeds. She is VERY pleased with Chubby's condition right now, and thinks the tumor is BENIGN, which is very uncommon in nasal tumors. Chubby may be one of the lucky ones

Did I mention that i have 2 mexicans? We are trying to potty train one, and the other likes to tear stuff up. the younger one also ruins my xbox stuff. They also don't get along too well with the other pets. thankfully, the other pets are understanding and patient. These Mexicans also hate doing anything relating to work. I think they should be called "Mexican'ts"
_________________
Mount the Clover!

I love you Pickle XD

That made my day

So... pets? Chubby never had a nosebleed while I was gone

i gots a new dog

Similar topics
» Wizard 101 Pets
» How to hatch pets quickly!
» Brute with 4 pets at lowest level
» Emoticon Code from Neopets!
» Music . Which kind of music you like ?